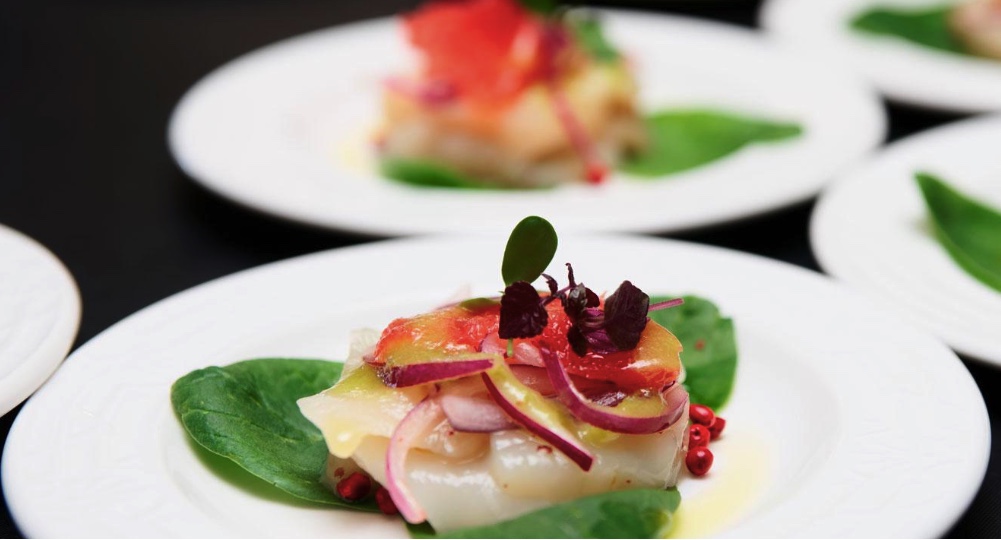 The uber-ization of staffing

The uber-ization of staffing

The ability to hire temporary staff with a few taps on an app is helping Dimitra Murphy drive more revenues at her business.

Murphy, the owner of Daddy Jones Bar, a Greek restaurant and lounge in Somerville, Mass., has been using a mobile application called Jobletics to find workers when she needs them, whether it's to replace someone who's called in sick in the kitchen or to staff a catered event.

“There are times when we'd accept a catering job, but in order to do it I would have to put all of my staff on overtime, or take people away from the restaurant and be short-staffed,” she says. “But now I can do it and still be growing my business, without affecting my dinner operations.”

Founded in March of last year, Jobletics specializes in the restaurant industry, and has been growing its employee base rapidly. It currently serves “a couple hundred” restaurant companies in the Boston area, providing both front-of-house and back-of-house workers. It charges a flat rate per shift.

Advertising, mouse over for audio

Jobletics is among a handful of app-based solutions that have emerged to help operators such as Murphy find the temporary workers they need quickly and easily. The services — similar to Uber, the popular car-hailing app — leverage algorithms that match qualified workers to available positions almost instantly.

Mobile-based staffing apps are rapidly gaining users in the hospitality industry, where employment issues can give operators headaches. Restaurateurs and caterers praise the apps for their ability to secure qualified help quickly and easily.

“When someone calls in sick, I just plug in what I need, and three hours later they show up,” says Murphy. “It has been a huge help.”

Murphy uses Jobletics — whose workers are called “jobletes”— about three or four times a month, she says. She mostly hires jobletes to fill

back-of-house jobs such as dishwashers and line cooks, but she's also used the service for front-of-house workers and for her catering business.

“Jitjatjo allows Black Barn to take on additional business beyond our normal staffing limitations,” he says. “We've used it to facilitate large events, as well as events that are scheduled at ‘off' times, when finding staff would normally be difficult.”

One of the keys to operator acceptance of the new apps is that the app companies have been screening their workers carefully.

“I know that quality is of paramount importance to these employers, and we have to make sure we have the vetting procedures in place so that we are only sourcing the best and brightest people,” says Rahul Sharma, CEO of Boston-based Jobletics, which he said rejects 90% of applicants.

Potential Jobletes go through a proprietary vetting procedure that assesses applicants according to cognitive and behavioral criteria as well as actual labor skills.

Sharma, who grew up in a family that operates retail and foodservice business in California, launched Jobletics in March of last year.

Jitjatjo launched in October, and has more than 350 restaurants in the New York City area that have signed up. About 4,000 workers were using the service, which uses a “push” model — matching the best available employee to the available position, rather than leaving its workers to select available shifts.

Lauren Gottfried, café manager and catering manager at Rebecca's Café at the Harvard Graduate School of Education in Boston, says she prefers hiring Jobletes over using a traditional temp agency.

“I like that we know who's coming, and we have their phone number,” she says. “And most of the time we are seeing familiar faces, so they know our kitchen, they know where everything is, and they know what they are getting into.”

Operators also appreciate the structure of the employment relationships when they hire through the apps. The app companies pay the workers, withhold taxes and assume all the other responsibilities involved with

having workers on the books. Operators pay the app companies a fee above what the workers are earning.

Wonolo, another mobile app that seeks to match workers with employers for temporary gigs, screens its workers carefully for desired character traits, says AJ Brustein, cofounder and chief operating officer of the San Francisco-based company. Potential “Wonoloers” go through a threestep application process: first they take a test within the app, then they undergo a background check and then they are interviewed.

“We are more concerned with attitude over aptitude,” says Brustein.

He feels that for many of the entry-level positions that Wonolo seeks to fill, its workers can learn on the job. They can also earn “badges,” which recognize specialized knowledge or certification, such as one for safe food handling.

Lisa Elliott, director of events at the Yerba Buena Center for the Arts in San Francisco, says almost all of the Wonoloers she has hired “show up with a really positive attitude.”

“They are hungry,” she says. “When they come in here, they are eager to work.”

Wonolo (an abbreviation for “Work. Now. Local.”) was founded in 2014 to supply workers to help keep Coca-Cola in stock on retailers' shelves. It branded out into hospitality, and now serves eight markets: Northern California; Southern California; the New York metro area; Philadelphia; Chicago; Columbus, Ohio; Tamp Bay, Fla., and Dallas. It employs 30,000 Wonoloers and is working with some 700 employers.

The center, which houses concession facilities and a café and frequently hosts catered events and pop-up facilities, often hires Wonoloers as temporary staff to help cope with the fluctuation in labor demands.

“Sometimes we have last-minute things where all of a sudden we need 10 people tomorrow,” says Elliott.

Among the things she likes about the service are the fact that she can communicate directly with the Wonoloers as soon as they accept a job, so that she can ensure they are the right fit for the job — something that's not possible with the traditional temp agencies she has used.

In addition, she likes the fact that she has become familiar with some of the Wonoloers and can request the workers she favors for certain jobs.

In fact, one of the few disappointments operators report in using the apps is that they sometimes cannot hire the specific worker they want because they have accepted another gig. Operators say they very rarely have been unable to fill a position, however.

Jitjatjo, which is available the New York City area, is one of the newest app providers in the hospitality employment space. It uses what chairman and co-founder Ron McCulloch called a “pull” model of matching its workers to the companies that need them, rather than a “push” model.

“We don't broadcast the opportunity across the user group,” he explains. “We do an internal analysis, and actually select the best individual for

each role, and allocate the job to them.”

Jitjatjo's workers communicate their availability to the company regularly, and Jitjatjo weighs their proximity, their work history with Jitjatjo and other data to align them with employers' needs.

“This does two things,” says McCulloch. “It maintains quality, and it is very fast.”

McCulloch, who had a long career in restaurant design before he began focusing on technology, launched Jitjatjo last October. He cites maintaining operator trust as a key to the success of talent-sourcing apps.

“In years gone by, the first thing [operators] were usually doing was trying to keep a real close eye on the talent they were bringing in to their establishment,” he says. “So as they give that trust over to our hands, we need to keep proving that we provide quality on a consistent basis.”

This story has been edited to correct the number of workers and restaurants participating in the Jitjatjo service.

Subway is the latest fast-food chain that wants to become more like a tech company.

The company is assembling a digital team of 150 full-time employees over the next two years, with some coming from consulting company Accenture. The sandwich chain will still use agencies to produce content, while the 150-person team will focus on technology development, loyalty programs, digital strategy and consumer behavior.

“We are taking a good look sat what ‘loyalty’ means for consumers and how to integrate digital experience into restaurant experience,” said Carman Wenkoff, chief information officer and chief digital officer for Subway.

Wenkoff didn’t have details about what Subway’s digital marketing plan will include but said it will focus on customers’ experience, especially on mobile and loyalty programs.

For example, a customer’s experience might not necessarily start at a Subway restaurant; it may start with seeing an online ad for Subway. “If the guest experience starts there, it has to be hyper-convenient, personalized and consistent, regardless of the digital channel,” said Wenkoff.

The digital push comes as Subway’s market share and sales are slipping. It still has 49.3 percent of the U.S. sandwich sales share, but that share has dropped 5.1 percent since 2010, according to research company Technomic’s Top 500 Restaurant Chains Report. Year-over-year sales in the U.S. declined 3.4 percent to $11.5 billion last year, according to Technomic, faster than the industry. (U.S. quick-service restaurant sales growth declined 0.7 percent from 2014 to 2015, per Technomic.)

Despite the scandal around its long-time spokesman Jared Fogle, Subway’s consumer perception has remained high, according to YouGov BrandIndex’s U.S. Top Ten Buzz Rankings. Darren Tristano, president of Technomic, said sales were hurt by higher sandwich prices, the discontinuation of Subway’s $5 Footlong and increased competition from other sandwich chains like Jersey Mike’s.

Subway released a mobile app last year that is integrated with Android Pay, Apple Pay and PayPal. But it has to keep pace with rival chains like Domino’s Pizza, which has started tracking its consumers’ eating and spending habits in 2015 and made it possible to place orders via online, phone, watch, TV and even voice (via its virtual assistant “Dom”).

Subway also will have to compete with technology companies and financial institutions for talent, and engineers and data analysts might not naturally think of the company as a place to further their careers. Wenkoff didn’t say if Subway would try to compete with tech startup-like benefits like unlimited paid vacation days. But he said in Subway’s favor, working there is more interesting than the average technology company, where people focus on just one or two products.

“Here, you can work on one of everything, like franchisee development solutions and customer-facing projects across 112 countries,” he said. “Our job right now is maybe promoting that a little bit more.”